In the early 1980s singers Willie Nelson and Julio Iglesias recorded “To All the Girls I’ve Loved Before,” a song that paid homage to the many, many women they loved and lost (or dumped) over the courses of their lives.

I’ll say straight up, I’m not a fan of the song; but for some reason, it’s been stuck in my head for the last 48 hours. So I decided, if I can’t get the song out of my mind, I might as well repurpose it in a way that makes sense to me.

So, I’m taking a page from Willie and Julio’s book, and presenting to you a list all the book heart-throbs I once loved.

My First Love was Bert Bobbsey, oldest of the two sets of twins in the Bobbsey family household. 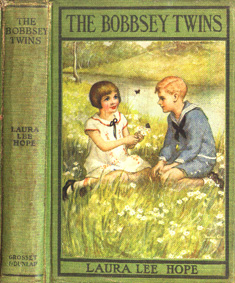 Now that I think back on it, Bert was really more of an admired older brother than a crush, but I thoroughly hero-worshipped him until I found . . .

My second crush, Frank Hardy. Level-headed, smart, and brave, he was the hero of more than one thrilling book adventure in my grade-school years. 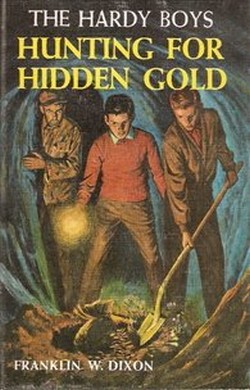 Plus, he was handsome and a sharp dresser. I’ve loved pull-over sweaters on men ever since.

Then, in more or less chronological order, there was:

Laurie from Little Women. Theodore “Laurie” Laurence set the standard for me when it came to the man I thought I’d like to fall in love with.

He was smart, rich, playful, good at keeping secrets, and heart-throbbingly loyal. I was a little troubled to see how quickly he transferred his affections from Jo to Amy, but since everyone in the book ended up happy (with the sad exception of Beth, of course), I was willing to overlook Laurie’s change of allegiance.

Gilbert Blythe.
I have the full collection of Anne of Green Gables books, as well as the beautifully filmed mini-series by Sullivan Productions (I never get tired of watching it!). One reason I love the series so much is Gilbert Blythe. 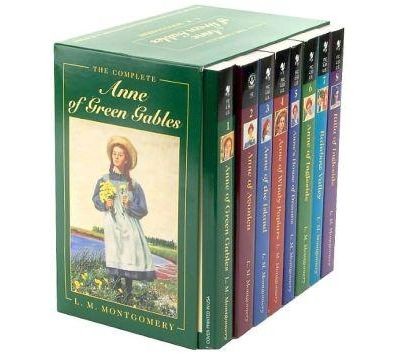 Gilbert was introduced in the book as a . . .

From the moment he first set eyes on Anne, and he winked at her, you knew he liked her. He really liked her. 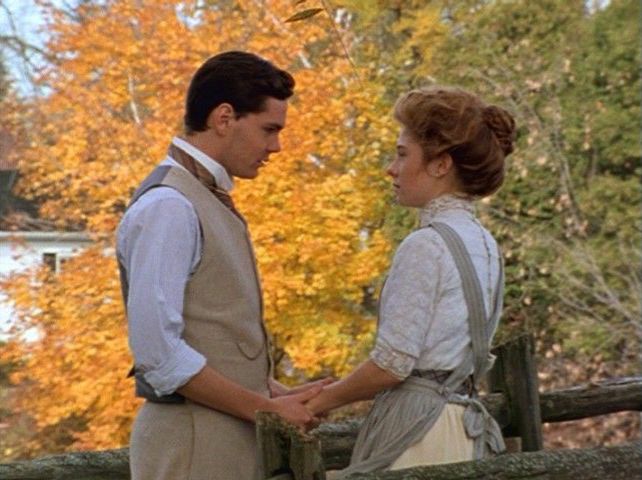 For me, the entire Anne series is as much about Anne and Gilbert growing up together and recognizing their feelings for each other, as it is about Anne Shirley coming of age. Yes, she’s the main character in the books, but I still get misty-eyed when I read the scene where Gilbert—after receiving Anne’s rejections again and again—proposes marriage to her for a second time:

“I have a dream,” he said, slowly. “I persist in dreaming it, although it has often seemed to me that it could never come true. I dream of a home with a hearth-fire in it, a cat and dog, the footsteps of friends—and you!”

Anne wanted to speak but she could find no words. Happiness was breaking over her like a wave. It almost frightened her.

“I asked you a question over two years ago, Anne. If I ask it again today, will you give me a different answer?”

Merddyn Gryffydd.
Richard Llewellyn’s 1939 novel How Green was My Valley chronicled the life of Huw Morgan as he grew to manhood in a Welsh mining town. It’s been my all-time favorite novel since I first read it when I was 12. There are many memorable scenes in the book, but for me, some of the most poignant and beautifully written moments are between Huw’s older sister Angharad (pronounced an-HAR-ad) and the Reverend Mr. Gruffydd (pronounced Griffith).

It’s clear that Angharad is in love with him, but does he love her in return?

Mr. Gruffydd is a gentle, well-spoken, man of God, who daily demonstrates his high ideals. When he discovers that a rich young man has been courting Angharad, the woman he loves, he decides to put his own feelings aside so she can have a better life than the one he can offer:

“I am afraid that you will go threadbare all your life. That you and me will have to depend upon the charity of others for most of our good meals, and on my living for enough to exist. Do you think I want to see the white come into your hair twenty years before its time? Shall we see our children growing up in the cast-off clothing of others? Shall we thank God for parenthood in a house full of bits and presents that had outlived their use to the givers? No, Angharad. I am a man. I can bear with such a life for the sake of my work. But I think I would start to kill if I saw it having an effect on you.”

I loved Mr. Gruffydd for trying so hard to do the right thing by the woman he loved, yet getting it so wrong.

Those weren’t all my book boyfriends, but they were the ones that made impressions on me at a young age. As I grew older, I fell in love with Gabriel Oak (Far from the Madding Crowd), Sidney Carton (A Tale of Two Cities), and Fitzwilliam Darcy (Pride and Prejudice).

But Bert, Frank, Laurie, Gilbert and Mr. Gryffydd have a very special place in my heart.

How about you? Did you ever have a crush on a fictional character? I’d love to know who!

5 thoughts on “To All the Men I’ve Loved Before”