In previous posts I’ve mentioned my passion for collecting photos and images that represent bits of days gone by. Postcards are a favorite collectible for me, because:

Just about any topic you can think of has been memorialized on a postcard at some point in time, from old recipes to historic landmarks to fashion styles.

A couple years ago I came across a set of postcards titled “The Gentle Art of Love Making.” Each card in the set illustrates a phase in the courtship process; judging from the clothing depicted, the cards were meant to represent courtship during the late 1860s to 1870s.

The first phase of courtship: A man and a woman get acquainted by going for a walk together:

Phase 2: He gives her a flower. In a very Disney touch, a little bird witnesses the gesture.

Phase 3: She takes the liberty of trimming his hat with roses—a very romantic gesture, don’t you think? 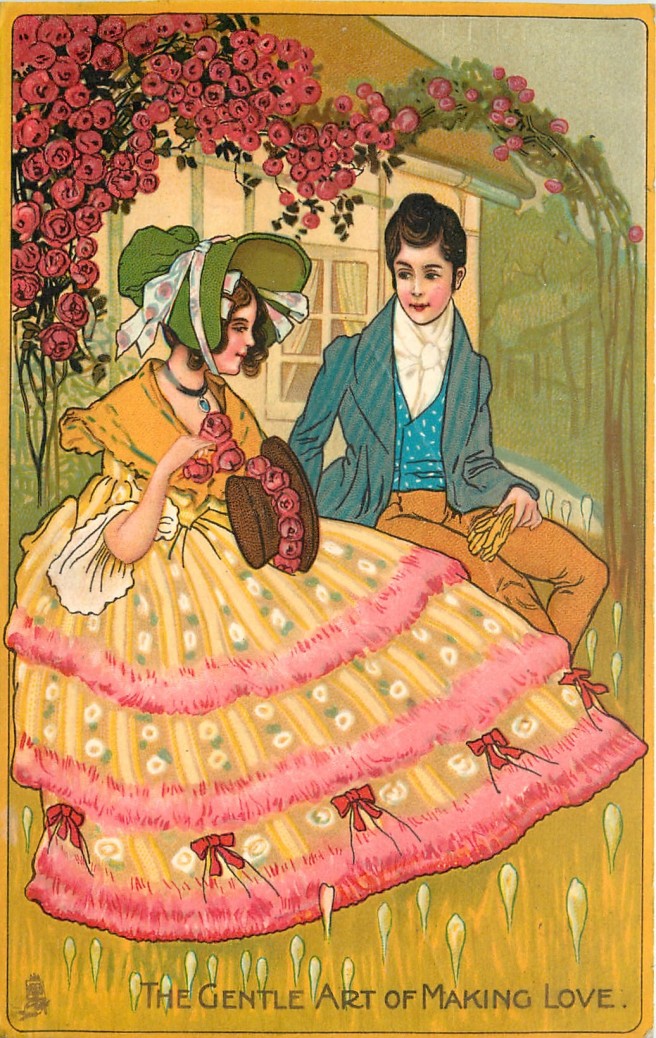 Next, the couple dances together. 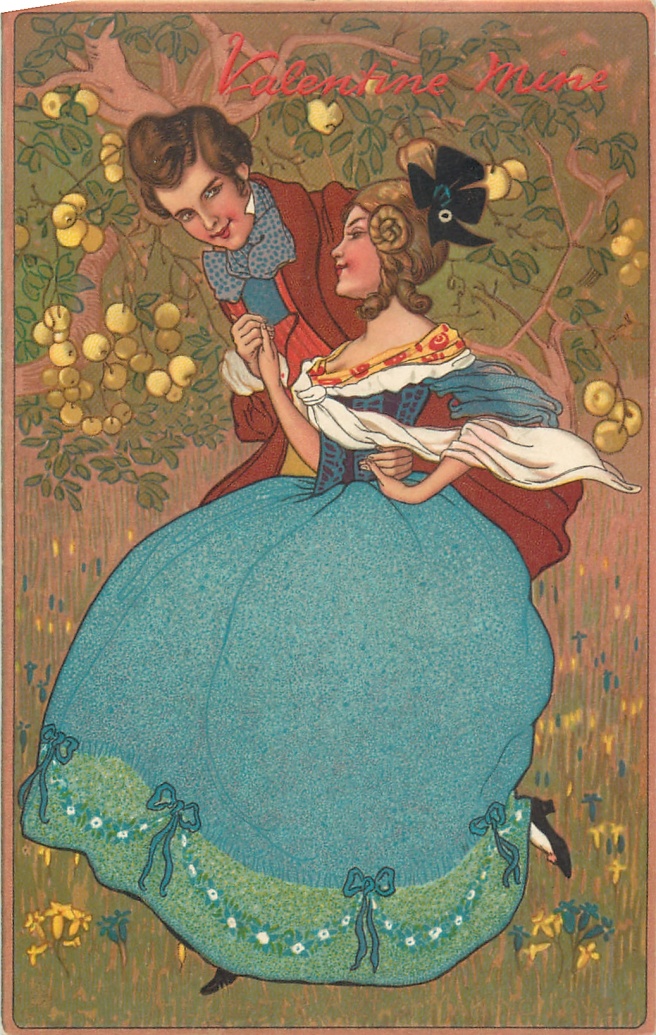 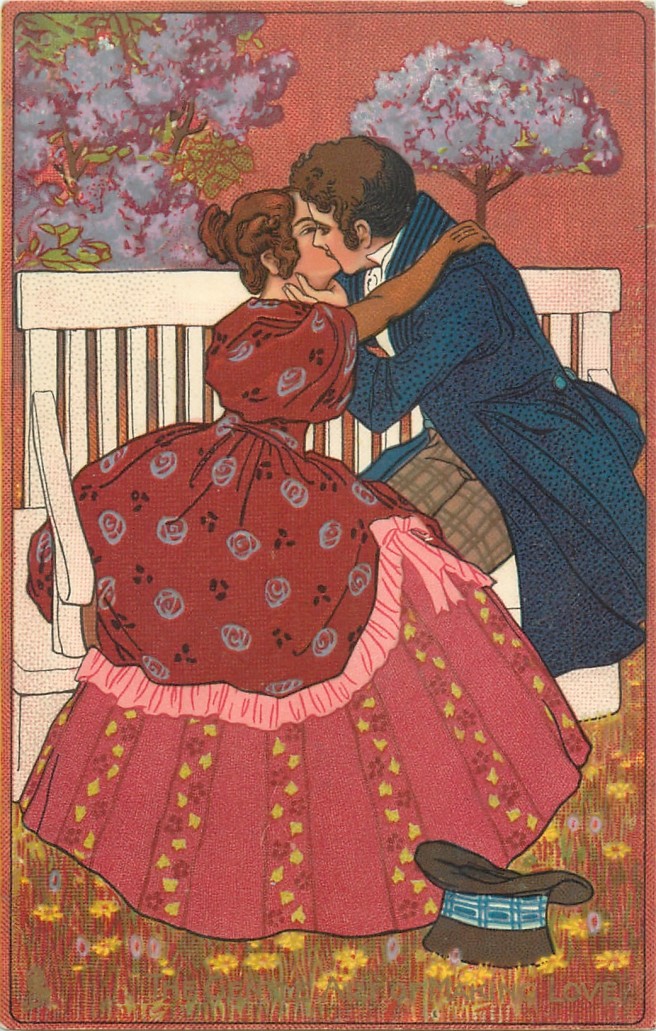 Just like real life, right? Actually, the cards are more true to life than they might initially appear.

When Prince Charming and I first met, we sort of followed the same sequence of events; but instead of going for walks, we went for drives in his beat-up old Volvo.

And instead of dancing, we sat together in church. We learned to study God’s Word together and make decisions based on prayer and the lessons Christ taught us.

Another similarity: he gave me flowers. Nothing extravagant, because we couldn’t afford it, but his bouquet of dyed carnations meant more to me than a dozen long-stemmed roses, because I knew they were given in love.

So after I thought about these postcards in that context, I realized they really were a nice representation of the phases of courtship and the “gentle art” of falling in love.

I’d love to know what you think: Do these postcards capture the phases of falling in love? Does your own experience with romance follow the pattern set here?