In the century since Labor Day was made a national holiday, it has slowly evolved into a patriotic celebration of America; but the day originally began as a tribute to American workers.

My parents epitomized the ideal American worker: they started their own business in the 1960s and worked hard—sometimes seven days a week—to make it profitable, all the while raising five children.

Now that I’m an adult, I can look back and recognize there were times when their business wasn’t doing very well, and we barely had enough money to put dinner on the table on a given night; but my parents never mentioned such troubles to us kids. They just persevered and worked a little harder to turn things around.

But no matter how many hours of work they put in throughout the year, Labor Day was always a holiday at our house, even during the hard times. My parents always took the day off and turned it into a family celebration. They made sure we had hot dogs to barbecue, corn on the cob to butter up, and thick slices of watermelon to munch. 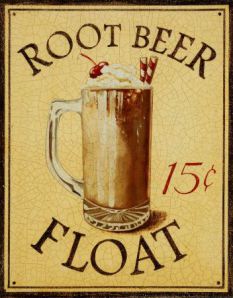 But for me, the best part of our Labor Day celebration meal was the root beer floats. They were a special treat at our house.

I have a vivid childhood memory of the day I learned the hard way not to stir a root beer float. After a couple of vigorous cranks with my straw, my float boiled over and spread like a lava flow across the table. And there was no way to stop it! My mom went into action, picking up plates and serving bowls as quick a wink so they wouldn’t be overtaken with sticky root beer. My oldest sister teased me about it for days. 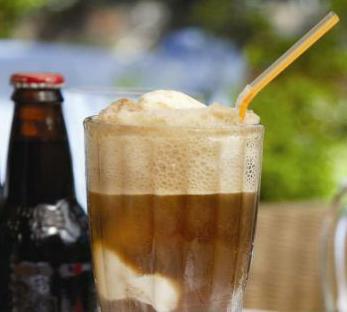 At the time, Hires Root Beer was probably the most popular brand, but there was also a local Denver company that made sodas of all kinds.

Duffy’s Delicious Drinks began business in Denver in the 1920s and root beer was one of their most popular sodas. This old postcard from the 1940s shows the Duffy factory as it looked then. 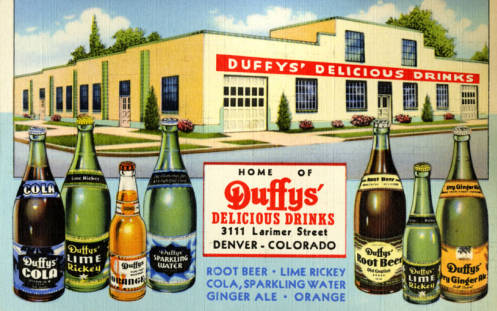 And here’s how the same building looks now on Larimer Street in downtown Denver. 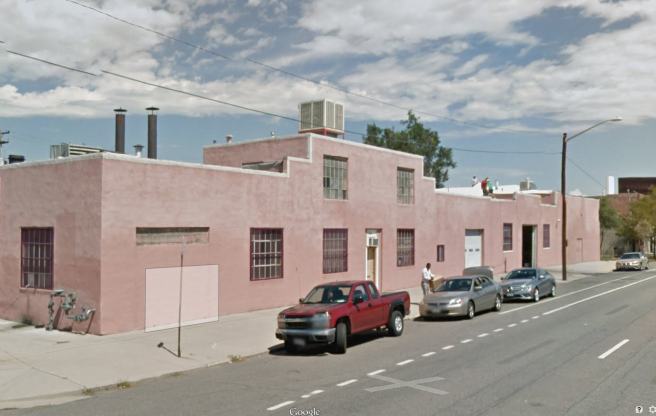 I don’t know when Duffy’s Delicious Drinks went out of business, but today’s locals still sometimes find old bottle caps and glass bottles bearing the Duffy name in fields and undeveloped lots across the front range of Colorado.

What’s your favorite memory of Labor Day celebrations past?